On Thursday night we met at Chevy's for Happy Hour to discuss Redeeming Love, by Francine Rivers.

First off, it was crowded! We usually sit on the porch outside and have it almost to ourselves. This time I snagged the only two empty tables out there. The noise level was higher than we're used to as well. And the parking was horrendous! It's never good, but this was ridiculous.

Ok, on to the book. This was Kelli's pick and she'd read it before. Most of the girls LOVED it, even the ones who didn't particularly want to read it. Lenore read it in two days, Nicole stayed up late even though her littlest boy is still waking up every few hours at night, Kara didn't want to get out of the car whenever she arrived at work (she listened on CD), and Shayla is planning to give copies to her sister and cousins. Personally, I wasn't a big fan. Neither was Annette, and Jennifer and Amy both thought it was just ok.

We talked a bit about what made Michael Hosea such an appealing character and our reactions to women like Angel in today's world. Stephanie and Melissa both empathized with Angel, as they've come across girls like her in their respective careers.


It was interesting to me to see the two different covers for this novel. They certainly give very different first impressions! Scroll to the bottom of this post for some examples.


Our discussion was rather brief this time. The noise level contributed, but we also wanted to finish year so (most of) us could go to the movie (click here for details on that).

Here are our rating for Redeeming Love:
Eleven people rated the book (thirteen actually read it, but two haven't rated it yet), so our average rating is 7.9. I'll of course update this when I get the final two ratings. 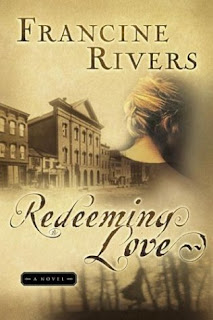 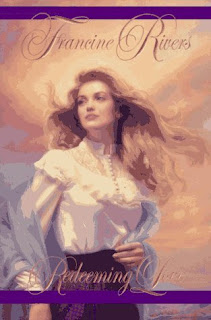 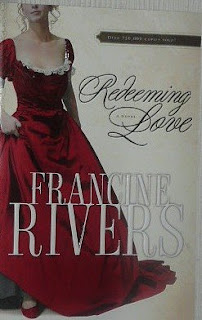 October 7
your choice of any biography of Jacqueline Onassis Kennedy
(bring your book to the meeting to compare)
chosen by Annette
meeting at Lures Bar & Grille, Crownsville

Because of our presence on the internet, I was contacted by a marketing group offering SdelleS free tickets to an exclusive screening of the new movie Nights In Rodanthe, based on the book by Nicholas Sparks.

The movie was scheduled for the same night as book club and in the same mall as the restaurant where we'd be meeting. So rather than miss out, we ended our meeting a bit early and (most of us) headed off to the movie.


Here's what the gals had to say about it afterward:


Stephanie: The movie was a good romance movie, but not the ending I wanted. Maybe that is what the author and production company intended.. not to have the ending please everyone, but more reality in theory!!


Melissa: I'd give the movie a 4.5 because I adore Diane Lane. Otherwise, eh? The ending came out of nowhere & seemed unnecessary, & I didn't like the subliminal message about the safety of the developing world. But Diane Lane gave a stunning performance as always!


Annette: OH boy about last night. So exciting I felt like a celebrity at the Premier. Especially with the reserved seats for the press in front of us. I really enjoyed it and you were never bored. It was a fun night out with my husband and family. Thank you Heather honey, we look for a night like this again. I rate the movie a 6.


Shayla: I really did not like the movie. The movie was all surface and no depth. I plan to read the book, hopefully the book will fill in some blanks.


Kara: i had a fabulous time -always fun w/the girls! the movie -i think all of us who went together - steph, my mom bev, steph's mother in law sue, melissa & her friend - didn't like it - it was good, neat having it filmed in the obx, and an amazing house we all wanted, but that was it! i like fairy tales - and there was a little "heated" debate afterwards, but our group decided we live in the real world, but as for movies - we'd rather not be realistic :) even though i didn't like the movie it was soo much fun and i found a movie i have to see - go watch trailer of 4 christmases - looks so funny like wedding crashers

Lenore: As for the movie, not a huge fan. Although I read the book a long time ago and am fairly certain the book was better, however not much can help the ending.

And from family members who attended:

Nick: it was slow to start, but it was very touching, I needed a drink when it was over!

Karen: The scenery was nice since we were just there, BUT I thought it was slow, and I wasn't that crazy about it! We had a wonderful time, though.

If anyone else emails me with their comments I'll add them here as well.

Thank you to Promotions and Publicity at Terry Hines & Associates for giving us tickets to this show!

I'll be posting a recap of our actual meeting shortly, as well as the schedule for the next few months so be sure to check back for those.